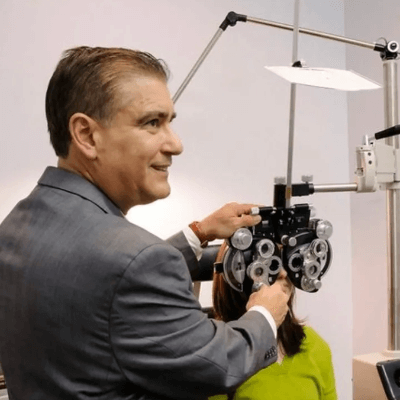 Dr. Croce grew up in North Providence, Rhode Island. After graduating from the University Of Rhode Island with a B.S. in zoology, he enrolled in the New England College Of Optometry in Boston, Massachusetts, graduating in 1976. With over 40 years of extensive experience in the Optometric field, he is considered among the premiere optometrists in he State of Rhode Island. When he's not practicing Optometry he enjoys fishing; you may see him out on the bay.

Request An Appointment
Email Us

Note: Saturday by appointment only