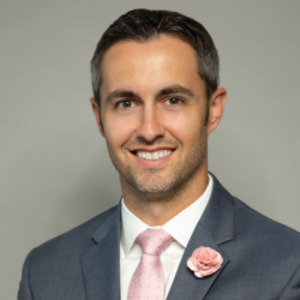 Dr. Feucht is a native of Columbus, Ohio and knew early in life what career he wanted to pursue. His pleasant experiences at his local eye doctor, along with his grandmother losing her eyesight from diabetes, set him on a path to becoming an Optometrist. Following high school graduation, he played collegiate baseball and received his bachelor's degree in Biology at The Ohio State University. He then graduated from the New England College of Optometry in Boston, Massachusetts where he and Dr. Nikhil Saini became good friends.

Alongside Dr. Saini, he also served as an Assistant Clinical Professor at the Mass College of Pharmacy and Health Sciences. Dr. Feucht is active in the community and loves to spend time with his wife and two kids.

Request An Appointment
Email Us

Note: Saturday by appointment only